“Gacha-Gacha” or “Gacha-pon” refers to vending machines
that when you put 300yen and turn the lever,
the machine spit out a capsule toy. 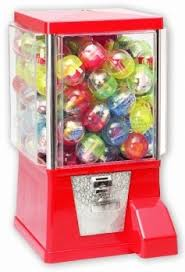 The origin of “Gacha-pon” or “Gacha-Gacha” is the
noise when you turn the lever.

When turning the lever the noise sound Gacha-Gacha,
and when the word “pon” is an onomatopoeia for things come out
vigorously.

You can find them almost everywhere in Japan.
In some malls and shopping centers, there are whole sections of
Gacha-Gacha. 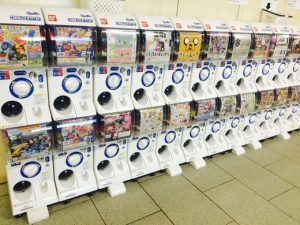 Just looking at variety of these Gacha-Gachas is fun.

Actually the capsule toys are spitted out from “Gacha-Gacha”.

However, people refer the toy itself as “Gacha-Gacha”
in recent years.

When you open one of these plastic eggs, you’ll never know
what you’ll get even though it’s part of a series of toys.

That’s only a fraction of the fun of “Gacha-Gacha”.

While capsule toys are made mainly in China, the Gacha-Gachas
are uniquely Japanese. 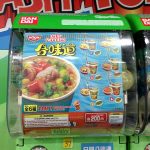 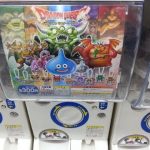 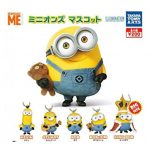 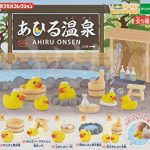 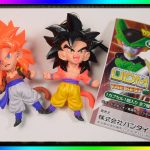 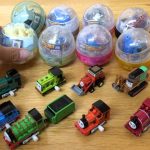 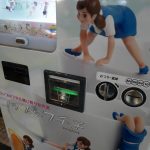 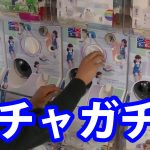 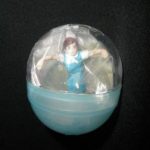 I also have a few on my desk. 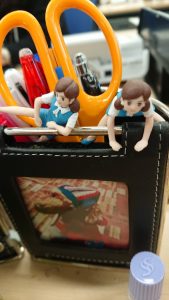 Gacha-Gacha will be a very good for souvenir from Japan.
Actually many foreigners are surrounding Gacha-Gacha in front of
Souvenir shops.

You should try one.