There are so many events in Nara City.

This time, we did not even know this event.

This was a lucky day for us.

We got off the bus and start walking toward Nara
Prefectural Office. 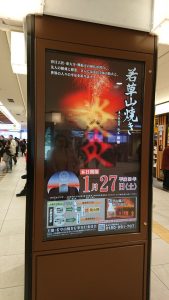 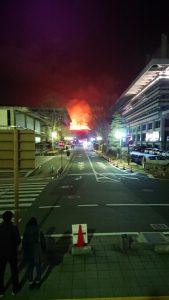 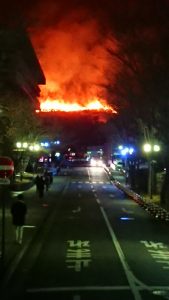 There also was a firework going on.

It is very rare to see such a big firework in winter.

An entire hill is set ablaze in winter.
A New Year event which originated in boundary disputes among temples.

Burning up the entire hill is held every year on the
fourth Saturday of January.

The origins of this event are said to lie in a dispute
over the boundaries of Kofuku-ji Temple located in
Nobori Oji-cho, Nara City and Todai-ji Temple,
which is famous for its Great Buddha statue in Zoshi-cho,
also in Nara City.

The boundary dispute got out of control and when an official acted
as mediator in 1760, Mt. Wakakusayama, the very center of the conflict,
was set ablaze.

According to other explanations, the mountain was burned to
drive away wild boars or to exterminate harmful insects.

A torch is lit with sacred fire at Kasuga Taisha Shrine.

This sacred fire is carried down to a small shrine
at the foot of the hill by a parade of Buddhist monks.

First, the hill is ignited with the sacred fire by
members of Kofuku-ji, Todai-ji and Kasuga Taisha.

Then 200 fireworks are launched and the hill continues
to burn for some 30 minutes.

With the fire brigade standing by, there’s no need
to worry about the fire spreading.

This fire spectacle can be seen from the surrounding towns,
but Nara City which faces the hill offers the most beautiful views. 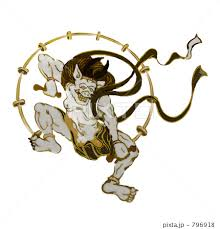 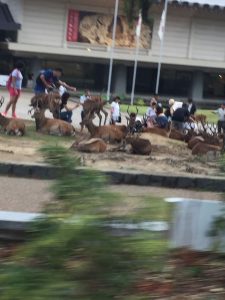 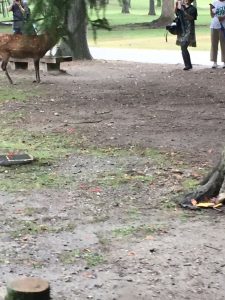 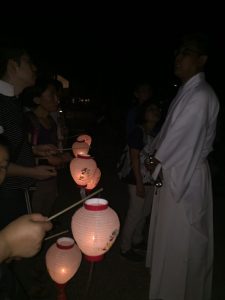 One of my favorite things when visiting new places is visiting the shopping arcade. 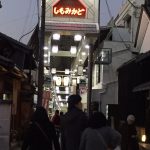 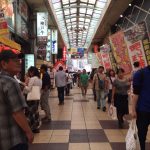 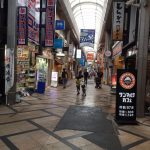 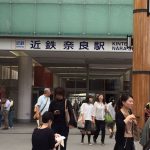 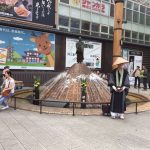 Right next to the Kintetsu Nara Station, there is a shopping arcade.

The characteristics of this arcade are the following:

1. You cannot use credit cards in a lot of shops and restaurant.
Therefore, you need to prepare a little more cash with you than usual.
I did not feel that in large cities like Tokyo, Osaka, Nagoya, etc.

2. Cost performance is good in Morning set (breakfast).
You can find many places to have breakfast including drink and bread in one coin (500yen).

Also you can find a lot of tasty food. 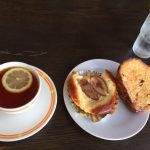 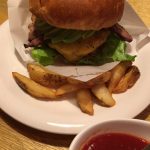 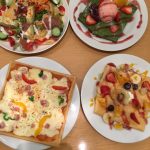 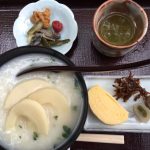 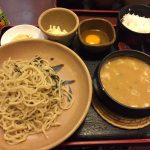 3. There are not so many souvenir shops and Nara specific goods.
I want to see more incenses, potteries, etc.
I can’t really tell what is really Nara spatiality goods.

“Toukae” means the tip of the floating candles in cups that look like little flower.
But the secret is that it is very rear to find it.

If you could find it, it means you have a good luck.
“Tokuae” started in 1999.
Every year in August, this event lasts 10 days in Nara Park area.

Currently nearby temples and shopping arcades joined this event.
20,000 candles are used and it is soothing and romantic.

Currently about one million people visit this area during the event.

I visited the park and temples this year at the first time.

In the darkness, thousands of swinging lantans make you very emotional.

You can face your naked soul. You can wash away your dirt accumulated in your daily life.

This is a must see. 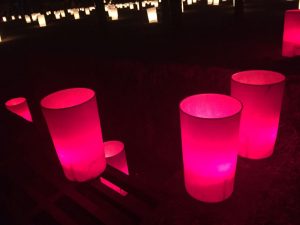 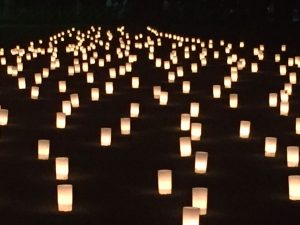 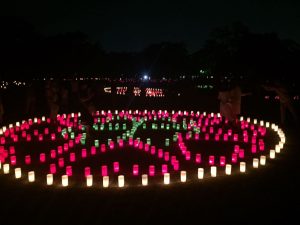 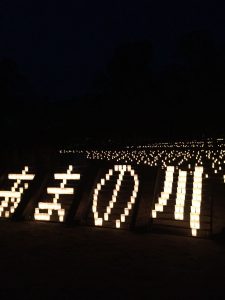 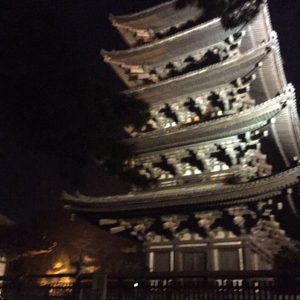 Washiike(pond)  The moon was making this view more beautiful 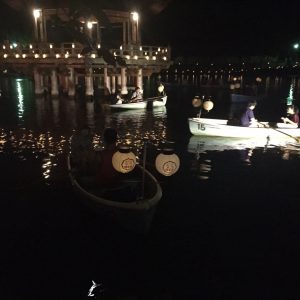 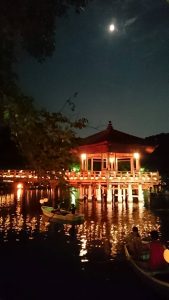 This map is in Japanese but you can imagine by looking at the picture of the buildings.