Pachinko is a type of mechanical game
originating in Nagoya and is used as both
a form of recreational arcade game and
much more frequently as a gambling device,
filling a Japanese gambling niche comparable
to that of the slot machine in Western gaming.
Pachinko parlors are widespread in Japan. 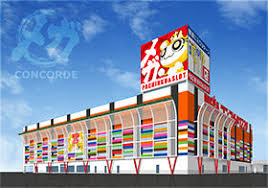 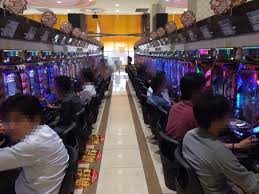 Until a decade ago, it was aplace that
middle to old age men play.

Also, many were smoking at his seat.

In recent year, many became clean
and machines became more fun since
popular anime or pretty heroines or
cool heroes are used. 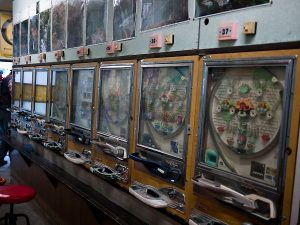 Prizes have many assortments such as
sweets, tobacco, and general merchandise.
Some exchange place look like a shop. 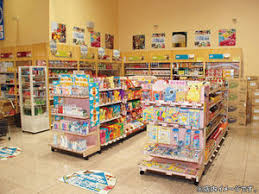 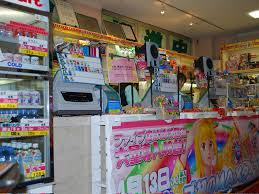 However, many people exchange prizes called
“special prizes” rather than general prizes
such as sweets, tobacco and daily necessities.

The answer is simple. 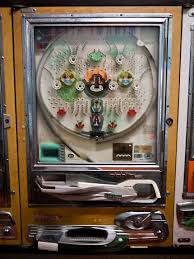 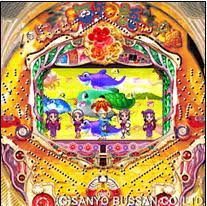 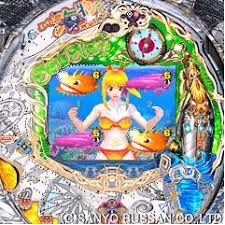 It is because you can receive cash in exchange
for the special prize received at the counter
if you bring it to a prize exchange office near
the pachinko parlor.

Why people need to take the “special prizes” to the
nearby prize exchange office?

That’s because Gambling for cash is illegal in Japan.

Pachinko balls won from games cannot be exchanged
directly for money in the parlor.

The balls also may not be removed from the premises

1 pachinko ball is usually 4yen.
But when exchanging back to money it varies from 3 to 4 yen.

But do not be too happy.

Such ball can be vacuumed into a hole in a second.

If you would like to try, I suggest you visit a game center
located in most shopping mall.

If you are confident enough, you may try the
real “pachinko parlor”.